Getting to know Class-based Processors in MODX 2.2

One of the changes in MODX 2.2 is a completely refactored class-based processor system, allowing you to create processors for components more easily than ever. As with everything new and shiny, there's some nice tricks you can use.

I've been using these class-based processors in my latest project, and want to share my experience with it so far, as well as showing some actual, functional code.

If you've gone through the Developing an Extra tutorial before, you'll know what a processor is: the php code that gets executed by your AJAX connector (or modX::runProcessor) which does whatever needs to be done, and returns JSON.

The class-based part of this all means you can simply use something like the following for a custom "update" processor:

... and the MODX core will handle the rest. :) Another example of a class based processor can be found in my What's new in MODX 2.2 post.

What the modObjectUpdateProcessor Process does

Despite the low amount of code we've used, there's a lot of work being done behind the scenes to make sure your update (or other process) is executed like it should. By inspecting the modProcessor class, here's the 14-step process I found for the modObjectUpdateProcessor.

If you look backup, you'll see a lot of bold text. These functions or variables are available for you to override and extend to force it into doing what you need it to do. Note that every processor class (for create, update, getlist, remove and get) has its own functions. If you use an IDE like PhpStorm you can get code hinting, or just dive into the source!

When you've made a beautiful modExt/ExtJS window, and sticked your "active" checkbox (xtype: 'checkbox') in there, you may not exactly get the results you were expecting. Perhaps your schema expects a boolean "true" or "false" (I know mine does!) which would be stored as a tinyint 1 or 0 in the database.. but the form posts a string value "on" if the field is selected, and an empty value if not. Uh oh..

Luckily we've got so many functions we can add to our update processor class to make sure it parses those values into what the object's fromArray (or set) function needs to save it properly.

If you look back to our 14-point list above, you'll see fromArray is executed in step 6, meaning we need to change our property its value before step 6. How does the "beforeSet" function in step 5 sound to you? Sounds like it would work, to me!

If you're not at all familiar with object oriented programming, all the stuff explained so far may sound a bit daunting, but all that we're really doing is overwriting the functions of the original class to do what we want. There's plenty of PHP OOP tutorials on the web should you want to learn more about that.

So, with beforeSet and our expected and needed values in mind, here's our new and improved class which properly handles checkboxes in a MODX 2.2 style processor.

I've put it all on one line using a ternary operator and the Processor's getProperty and setProperty functions, but if you prefer a bit more verbose coding, you could also do just this which works exactly the same:

And the final example for today extends the modObjectGetListProcessor to join a table and filter on properties, which is done by extending the prepareQueryBeforeCount function. This one also has a couple more variables we're assigning:

A note on Checkbox fields in modExt

I tend to use the "checkbox" xtype, however as of MODX 2.1 there is also a special "xcheckbox" xtype which always posts a value (1 or 0 if I remember correctly). I'm not sure why I don't use it, but it might be that the class-based processors do properly function with that one. Just didn't check, and I like being in control. :)

"Just wondering.. Are you working on a Property Management component?"

This super-duper awesome extra I am working on is called FrontDeskMan and I hope to finish it over the coming few weeks. It will not become available as an open source project however, but most likely will be a licensed and properly supported Extra for the Hospitality industry as a joint op between myself and Jared Loman. You should totally start warming up some local Hotel clients for a new website with integrated property management and reservations for when we launch! 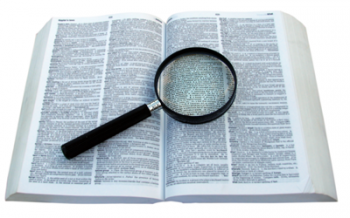 You know, there's this one website, that this one guy referred me (you might know him) that FrontDeskMan might be a good fit for. Have you guys started licensing it yet?

Assuming I have a bit of an idea off what project you are talking about, I wouldn't be 100% sure FDM is the right way to go. The launch is currently postponed to the long run and I don't have an ETA for it at this point.