When you think of entrepreneurs that make a name for themselves like Elon Musk, Steve Jobs or Derek Siver, those three words don't really come to mind.

While my goal is not to be world famous, a best seller author, or the first person to drive a ridiculously good electric car on Mars, I do want to hone my skills as an entrepreneur. Build products and services that people enjoy using, and growing a business doing things I like.

Yet all so often, I just don't know.

What's the best way to deal with problem X? How do we, or should we, work towards accomplishing Y? What will the effect of decision Z be? Yes or no?

There's uncertainty around every decision that needs to be made. And that freaks me out.

What if we did this one thing? What if we didn't? Will it be the beginning of the end, or is it the start of the famed hockey stick?

By surrounding myself with clever people and actively seeking their feedback I try to minimise the risk of doing something incredibly stupid. I try to force myself to take some time to really think something through if there's serious push back from people that know what they're talking about. More often than not, I change my position on said idea or decision. Maybe it's not quite as good as I first thought, or this just isn't the right time or place.

Stupid self confidence makes me wonder though if I'm a bad entrepreneur for not being 100% sure. How can you run a business if you don't know how you want to move forward on a simple decision?

I've learned to accept that it's okay not to have all the answers. It opens up an idea to more objective look. By saying I don't know, it doesn't mean that I don't care or that I don't lean a certain way, it's just that it needs further thought, analysis, time, or all of the above.

I think that's a good thing.

Free development licenses for Premium Extras at modmore is one of the things in the I don't know category that made it through to an actual launch. The first responses when I proposed this in a team meeting were cautiously optimistic. And when it was first mentioned at the MODXpo, only a few days later, people responded with a round of applause.

Now that it's live, people are starting to take advantage of it. Over 250 free development licenses have been installed to date.

So far, it seems to be a popular decision.

But will people install our paid-for extras for free, tear out our license system, and cause modmore to go bankrupt? Or will this lower the barrier to entry to the point that we will see an influx of new users and increased sales with it? 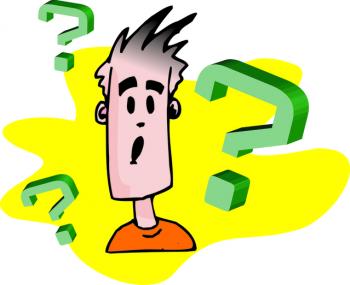 Great article. Here are my thoughts...

Once upon a time, you were a programmer; an entrepreneurial programmer but a programmer nonetheless. In the world of programming, we need to keep every variable under control. Why? When line of a program execute, it happens lightening fast. When it works, it works relatively fast. When it fails, it usually fails really really fast.

Now you're a business owner and you don't have that instant fail or win. The reality is that for a business, it involves many variables which cannot be controlled and for sure you will never make a meaningful decision where you have 100% of the information. In my opinion, it's not that you're doing something wrong: it's that you're not used to the ambiguity that comes along with being a product owner. A line of code is always the same line of code: a market can change daily, and that's tough to deal with sometimes.

My thoughts: before the development licenses, people had to buy before using it. Any project would have that license in place before development took place. Now, the developers can use a dev license until getting close to production time.

My prediction: you'll see a one-time drop in license revenue for the first few months until projects get into production, then it'll go up. You've demonstrated that you've got products that people are willing to pay for.

I love the idea of a free development license. It is ideal for a small (micro) company such as ours. Our clients are small businesses with limited budgets. Purchasing a license just to find the product isn't quite what the client want is not something we can to do. ( Even though most of the Extras are very reasonably priced. )

The idea of 'try before you buy' is much appreciated. I will certainly be looking at the modMore Extras in the future.

Hi Mark,
I totally agree with Tom. You, and the modmore team, are doing a great job in my opinion.
Since I lack the skills of putting together those great extras you guys produce I have no problem in buying them since they only are a small part in the budget needed for a website; that's why I buy them :-) so price is an issue, of course. But the extras are very reasonably priced so I have no concern over them in the budgets.
I think the dev licenses are great. Also for people to try out your extras. I think Tom is on the right track when he foresees a little drop and also that it will turn around.
Also people that don't want to pay for something cheap while running a business can't have a clear consious about that.