MODX from the commandline with modCli

Do you know those features some people have been requesting for a long time, and when you finally sit down to build them, it takes no more than 30 minutes to code the first version? This latest one definitely falls in that category.

Getting Groovy with the CLI

See, not everyone wants to use a nice GUI to manage their site. Some people are hardcore, and would rather use the commandline. Rawr. Truth be told, I'm not one of them, but here's a goodie for the people that do.

modCli is a command line php script enabling you to run any of the MODX processors from a (ssh) terminal, in just shy of 180 lines of code (including comments). After you dump the file in your MODX_BASE_URL, you can start running processors from the command line. It's kind of like Drush for Drupal, but then for MODX.

While you can find exact usage instructions and some other examples in the code, here's two quick examples as to what you can do with modCli.

As to my knowledge you can't have sessions in a Terminal, this script basically bypasses the login process for MODX. Yes, you read that right, it just loads MODX in API mode, in the mgr context, which in my tests gives it full access to everything.

While it's a nifty tool which in some cases can be very convenient (I still prefer shiny buttons), do NOT EVER EVER EVER leave this available in the root of your site. Even better, don't put it there in the first place, but adjust line 44 of the script to point to your MODX install from, say, a non-web accessible SSH-only directory.

Disclaimer: use at your own risk and don't come whining if the script worked as intended for someone else, too.

I want to make sure you read the security concerns above before I even tell you where to get the code from, or how it exactly works. Only tick the box below if you did!

Are you sure? So you wont sue me for you using this code?

Okay, I believe you. Here you go. Be sure to read the readme there as well.

As the last post of 2012, it's my statutory duty to wish you a happy new year today. My hope for you is to make the next year at least twice as ambitious, successful and awesome as 2012! 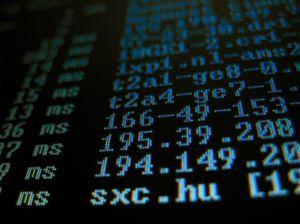