I challenged the community a while ago. If we would hit 200 documentation bugs in the tracker, I would spend two full days working on closing as many as I could. Even though it received some good response and the amount of bug reports went up quite a bit, we still didn't hit 200 yet. But that's okay, cause now we have even better initiative: Documentation Friday. Scott Borys is many things. He's a web developer, hitchhiker, blogger and (even though I never met him in person) I'm pretty sure he's a genuine nice guy, too.

He just happens to build sites in MODX, and has recently single-handedly created a new recurring initiative causing all sorts of uproar in the MODX Community. The good kind of uproar, that is. The kind of uproar that impacts people's experience with the MODX system, most likely without them realizing it!

Take one avid tweeter, who goes in and fixes documentation issues, while live tweeting the progress and involving members of the community in doing so. That about summarizes what Documentation Friday is. It's a continuous effort to improve the documentation based on bug reports and new tutorials about specific subjects.

gooooood morning #documentationfriday. Who wants to help make #modx documentation amazing? Hit me up for something to do!

And ends up with some very important updates to the MODX RTFM.

One very interesting side effect that Scott mentioned to me on Skype some time ago (and which I can attest to myself as well), is how writing documentation is a great way to learn and to be sure the information you need is available for reference. Win-win-win!

It's been phenomenal for increasing my working knowledge of MODX. It also makes me happy whenever I need to check something that I *know* is in the documentation because I wrote it.

I've seen various people in the community hitchhiking along with Scott on this amazing initiative (see what I did there?), and I'm hoping that we can kick this into gear and make this a real weekly thing that we as a community help out with. It would be awesome if everyone would hop on board and start fixing things, but even if you just report issues with the documentation so the editors know what to do, that would be fantastic!

So yes, I am going to sunset my Community Challenge in favor of #documentationfriday, in trying to get at least an hour of documentation work in every Friday. Or at least a #catchupsunday.

@scottborys I am up for round two! My Friday was insane but I am planning on a #catchupsunday!

Scott; thank you so much for doing this and being such an amazing part of the MODX community. I hope this initiative stays around a long time! Oh, and if you ever end up hitchhiking and couchsurfing in The Netherlands, just give me a call: you're very welcome to stay here for a while. (I know you wouldn't mind me staying at your place either!) 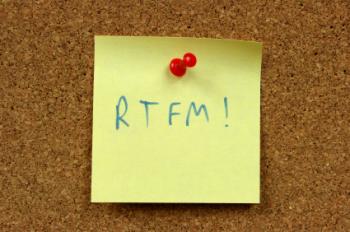 Join us at MODXpo Europe!

As the first work for this event started ages ago (early 2012), this post is way overdue. And I've been neglecting this blog lately, too.. But if you've missed the announcements so far, please allow me introduce you to MODXpo Europe!

MODXpo Europe is a one day (two if you count the friday night social) event on November 10th, 2012. Similar to the MODX event in Dallas two and a half years earlier, it's the premier event where MODX users, community and team get together to talk about MODX, MODX, MODX and a little more MODX. Less than a month left to get your tickets!!

We're seeing all sorts of people signing up for the event. All the way from hardcore back-end MODX Developers and front end integrators to entrepreneurs and project managers.

This mixed audience is also equally represented in our speaker line up. We've got several well known developers such as Menno Pietersen and Bert Oost speaking about front and back end subjects, while community rockstars Bob Ray (who also wrote a book) and Susan Ottwell also fly in from other continents to talk to you about a range of subjects: Evolution, Building sites in Revolution, Packaging Extras and the Revolution Security Model. We'll also hear about what clients need to know about MODX from Skytoaster PM Matt Fuller, and I will personally share my experience of Building Extras for MODX as well.

That's just a quick sample though, head over to the MODXpo.eu site to view the entire schedule.

Saturday November 10th, 2012, from 8.30am until about 8pm. For those in town the night before, we will also be announcing a social event on the Friday night with sponsored beer and snacks real soon.

If you need a place to stay, we've collected a couple of hotel deals in the area for you, so be sure to check them out!

What are you waiting for?! 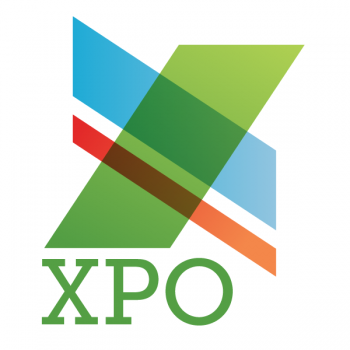