Hello! Welcome to my humble web presence. I'm Mark Hamstra, 29 years young, wearer of many hats at modmore, resident of Leeuwarden, the Netherlands. Most of my time is spent building and maintaining awesome extras and tools at modmore, but I also love gaming, cooking, and my dogs. More about me.

This site is where I share thoughts, cool projects and other oddities related to MODX, xPDO and ExtJS. I also write about MODX regularly over at MODX.today. Sometimes I post three blogs in a week, sometimes there's nothing new here in a year. Read a random article.

Recap of the largest MODX Meetup ever in Leeuwarden

On Wednesday, modmore hosted the largest MODX meetup ever in Leeuwarden, the Netherlands, with 38 MODXers in attendance.

On the topic of coming out

I'm pretty sure it was the wedding of two of my best friends at the end of July 2016 that finally tipped the scale. Seeing their love and commitment broke down the last wall I had built up, and made me decide to admit to what I had been hiding for years. In the following weeks I came out as bisexual to the people closest to me, including my parents and those best friends after they returned from their honeymoon.

While my first romantic thoughts for men probably date back to high school, those had been neatly tucked away behind layers of insecurity and telling myself "it's just a phase" and "everyone probably feels confused like this" until I believed it myself. Even though I live in one of the most accepting countries in the world when it comes to LGBT, it took me a long time to accept these feelings - and myself.

Being bisexual also didn't help. While it's fine if you have trouble choosing what you want for dinner because the entire menu looks amazing, or being unsure about how business decisions will pan out, for a long time I had more-or-less accepted that I was different from the norm but couldn't figure it out. At times I thought I was just so deep in the closet that I didn't want to accept I was just gay (and since coming out as bi, several people have suggested this to be the case too), but I knew the feelings I've had for women were just as true. That just confused me even more for a while.

Eventually I accepted that on a scale from 0 (straight) to 100 (gay), I'm about a 65 right now. Everyone's somewhere on that scale, and may be on different places throughout their life. I just happen to be more towards the middle than most people. (While writing this post, I learned about the Kinsey Scale which is the same idea, but uses a scale of 0 to 6; I'd put myself as a 4 on that scale).

So, to get back to why I started writing this post...

Since the summer of 2016 I've been telling people of my sexuality regularly, but I've not made a big deal about it or announced it to the world. Even within my family, many people probably don't know. Typically I tell people when they ask if I have a girlfriend yet, by saying something along the lines of that it could've been a boyfriend too.

I don't introduce myself as "Mark Hamstra, 27, bisexual", I've not posted unambiguously on Facebook or Twitter about my coming out, and you wont find me dancing half-naked on a boat during the Amsterdam Gay Pride anytime soon either (you're welcome). While my sexuality is part of who I am, it is not what primarily defines me, and I've been treating it like a detail not everyone has to be made instantly aware of.

From time to time that has made some things a little more complicated than strictly necessary. In situations where people who I have not told unintentionally touch on the topic (for example "are you seeing anyone?", "did you buy your house by yourself?"), there's sometimes an (unintentional) undertone that assumes I'm straight. This can come from people that I've known for ages who I trust enough that I want to correct their assumption. But as I have about a split second to decide to either come out to them (and whoever else may be part of/listening to the conversation), or to fall back to pretending to be straight like I've done for so long, I sometimes choose the latter and regret it a few hours later. It feels like I'm lying to those people, which is also holding me back. As if one leg is still stuck in the closet, and I need to break it down to really get out.

So, long story short, I'm bisexual, and now that it's public knowledge I can stop caring as much about who does and who doesn't know.

Tip: Creating .htaccess files in the manager since MODX 2.5.7

Since MODX 2.5.7 it's no longer possible, out of the box, to create .htaccess files. You might run into this when setting up a new MODX site with friendly URLs, where you get an error when renaming the shipped ht.access file to .htaccess. Luckily there's an easy way to get that back.

Getting Political with Business

Today I found out about an initiative from Ben & Jerry's, the ice cream company, to promote marriage equality in Australia. They set up a marketing campaign where you're not allowed to buy two scoops of the same flavour until same-sex marriage is made legal.

It's a bit tongue-in-cheek, but they're also hitting some serious notes by encouraging people to contact their government representatives to request actual political action. Not everyone seems to be a big fan, but it got me thinking about what a business should (or should not) do with its platform or reach.

Of course I have personal opinions on Trump, LGBT rights, diversity in tech, religions, Brexit, and all sorts of other topics. I'd love to discuss those topics, on personal title, in the future.

But I've always tried to avoid forcing my own political/social thoughts onto modmore, so modmore as an entity wouldn't "pick a side" on certain topics.

Ideas that I might consider common sense (such as the same-sex marriage Ben & Jerry's is promoting), are literally illegal in some countries. And things that are considered common sense elsewhere might not match my worldview either.

Those differences are a given, and I've never seen it as a responsibility for modmore to take its platform and reach to encourage my view of the world, or how it should be, on customers.

People come to modmore for the excellent MODX extras and support, not a lecture about same-sex marriage.

Then, just a few weeks ago, we had a sale at modmore where people who spent over €50 received a free pack of Stroopwafels with their order. Stroopwafels are typical Dutch cookies, and part of that sale was to share a Dutch tradition, King's Day, with the world.

The sale promoted the Dutch heritage of modmore. It didn't judge countries that do not celebrate King's Day, nor did it lobby for Stroopwafels to be produced worldwide. But it did take something that is common sense in the Netherlands, and shared that with the world in a promotion.

Reflecting on it while writing this post, I may have diverged from my original stance with the sale. King's Day and stroopwafels are not really a controversial topic, but couldn't one say that promoting same sex marriage is also just promoting the Dutch heritage? After all, the Dutch were the first to legalise same-sex marriage in 2001. It's part of the Dutch history, and a great achievement for the LGBT community, definitely worthy of celebration.

So now I'm wondering, is there really a difference between shipping customers stroopwafels to celebrate King's Day, and rainbow-coloured hats on Gay Pride?

Perhaps it is my responsibility as business owner to do more to encourage equality, diversity, and other good things to make the world a slightly better place for everyone. That I can live freely in my country, irrespective of my sexuality or (lack of) beliefs, is a great privilege that deserves to be shared and promoted.

Saying and doing nothing is also a political statement, so maybe it's time for modmore to take a more active stance on certain topics that I care about.

What is your take on this? Should businesses use the reach they may have to influence politics or social opinions? Is that perhaps even their responsibility? Or should they just stick to their core business and leave politics out of it? 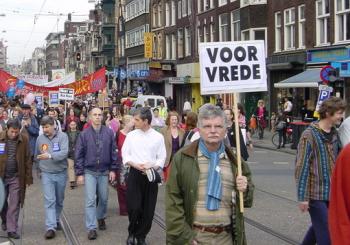 I've recently been working on a project with Formalicious where the client requested dynamically-filled select inputs. This is pretty straightforward to set up, as shown in this tutorial.

A look at PHP Usage with MODX Revolution

The PHP Version usage of MODX sites can be tracked by the Package Providers used. modmore offers such a package provider for our free and premium extras, and in this article we've taken our sample of 3565 MODX sites running v2.4 or up, and summarised the PHP version they use by minor version.